Los Cochinos is an established Latin rock and Soul band, said by many to have been “passed the torch” from Carlos Santana as one of the only true, original, Latin Rock and Soul bands that continue to create and perform original music.  Los Cochinos has developed a large following and has released two CDs, most recently “Los Cochinos” in 2017.  The band is currently working to complete new songs for our next CD titled "Patricia", in honor of my mother Patricia.  The CD should be ready for release in 2023.

The band’s sound has been described as similar to that of Santana, El Chicano, War and Tower of Power. The band also includes some tasty covers that will keep you on the dance floor!  Los Cochinos have performed with El Chicano and many other notable bands and have developed a significant following throughout the U.S. and globally.

The band features Alfonso Portillo on guitar, followed by super talented and seasoned player "The Professor" , Donald Osborne on keyboards. On Sax is the spectacular Ric Alexander.  Ric plays two saxophones at one time and also performs with Tony! Toni! Toné!  On rhythm guitar is the phenomenal Raj Gopal.  Our solid Latin percussion section is led by Karl Perrazo (Santana) protege Tomas Montano and includes up and coming conguero Miguel Martinez.  Our front man on vocals is the spectacular John Marin. On bass is the phenomenal Fauss Gamulo. Lorenzo "Lonnie" Macon is sensational on both drums and vocals. Lonnie also plays guitar, bass and keyboards!

The ballad “Feel the Same” from our last CD "Los Cochinos" has been a hit song for the band and receives radio airtime in both Northern and Southern California markets.

Come to a live performance to see why the music of Los Cochinos is so loved by those that hear it... Listen to us on Spotify, Apple Music, I-Heart Radio and many other major music distribution services...

"Two great SF Latin Rock bands take the stage this Saturday, each with a slight twist on the genre. Puro Bandido take all the classic elements, the driving percussion and wailing distorted guitar, but give it a high-energy R&B backbeat-like Santana , but faster. Los Cochinos take that same percussion-heavy Latin groove and screaming guitar lines, but slow the tempo way down to smooth soul territory. Members of each band have performed and recorded with Santana at some point in their careers. It shows in their incredible chops"

"SF Carnaval-Here is a partial list of this year's performing bands, as they are well worth mentioning for those out-of-towners wanting to know what is happening in the San Francisco Bay: Los Cochinos"

"Los Cochinos are a newer group but have been rapidly climbing the ladder and being mentioned alongside all of the legends. The only way a new band can do that in such a short time is by being dynamic. That's what Los Cochinos are...DYNAMIC!"

"All three bands are great, but the band that genuinely speaks to me is Los Cochinos. They remind me of the days when I used to go to see the Paladins and The Blazers at the Palamino in LA. I hope people come out for this show because this is the groove that just makes people feel good!"

Link to the Electronic Press Kit (EPK) which contains music and video of Los Cochinos:

Los Cochinos' music, along with that of Jorge Santana's nephew Salvador Santana, was used on the soundtrack of a recently released documentary on Jorge Santana created by Texas film maker Cynthia Garcia.  We are honored to be a part of this tribute to one of the beloved sons of San Francisco-Jorge Santana...

From our performance with master percussionist Karl Perrazo of Santana 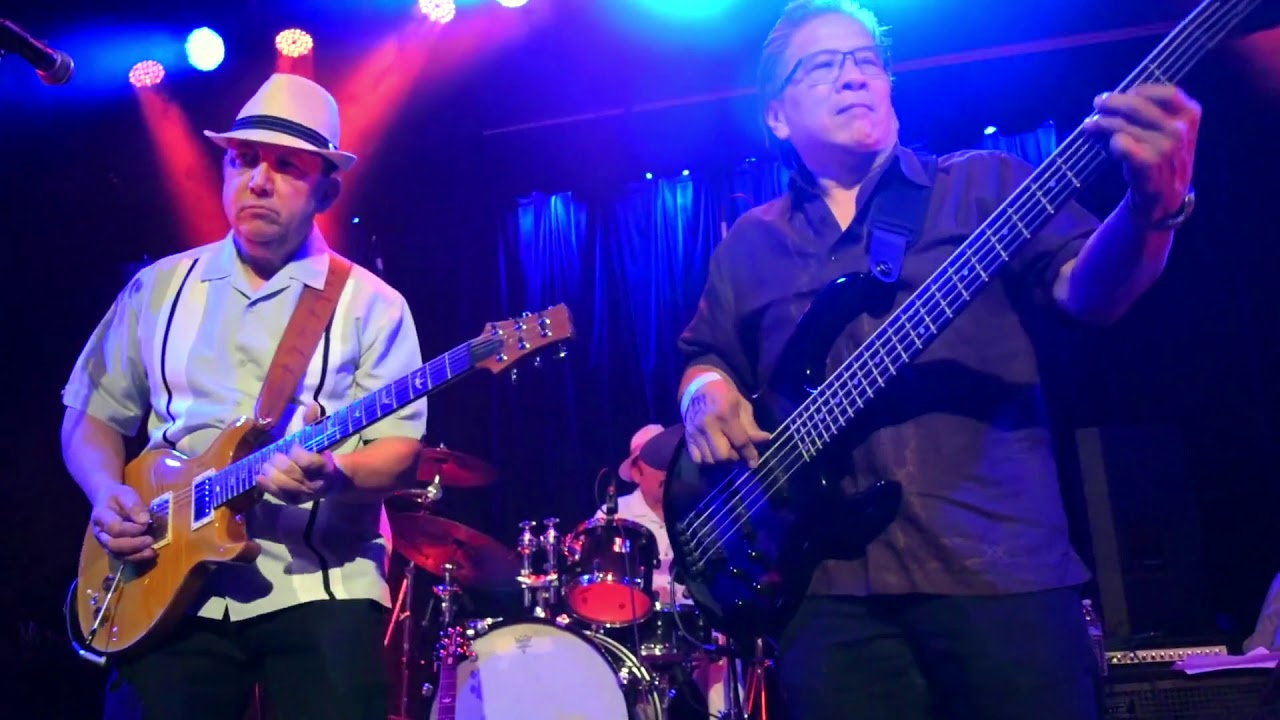 Thank you to all of our fans, friends and especially family for supporting us and believing in our music.  It is our dream come true to bring enjoyment, laughter and tears to those that hear our music.  Thank you for allowing us to be a part of your lives...